Here is one thing that Americans tend not to understand about the world: most countries in the world have a very long history, and the modern citizens of those countries identify with their history 100 percent. For example, as much as Americans learn about the heroics of George Washington, relatively few people can fully identify with and remember his victorie 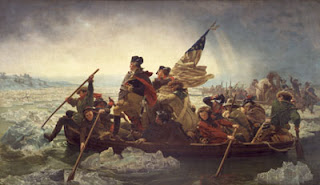 s and defeats. Our hearts don’t sink when we hear about the travails of Bunker Hill, and we (on average) don’t get too pumped at the image of Washington crossing the Delaware.

It’s different for the rest of the world, and the rest of the world certainly includes Korea. Here is an example: the oldest sons of the Park family each have a set of roughly 30 books that describe their lineage, called jok-bo (the “family chart”). Jok-bo lists every single male member of the Park clan and their wives, tracing from the very first Park who was born in 69 B.C. With the knowledge that their family line literally stretches over several millennia, ancient history in Korea is never “ancient history” in a way Americans use the word. No matter how long ago an event may have happened, the event never loses relevance in the collective consciousness of Koreans.

(Incidentally, this is probably why so many popular Korean dramas are set in ancient times. One of the most popular dramas in Korea now is Ju-Mong, which is about half-mythical, half-historical figure believed to have lived around 30 B.C. Somehow, the Korean thinks that a drama about the Founding Fathers won’t do as well in America.)

So what happened in the ancient history between Korea and Japan? Naturally, given that it is a long history, there were good times and the bad. The important thing is that, because the modern relation between Korea and Japan was so egregiously bad, Koreans tend to learn in school the points of the history that make themselves feel superior and villainize Japanese.

First, about the “making Koreans feel superior” part. Koreans tend to stress that Korea has always been culturally superior to Japan, and to some degree it is true. Since the beginning of time until around 18th century, China was the cultural center of East Asia, and Korea was closer to China than Japan. Therefore, Korea was undoubtedly superior to Japan in such arts as understanding ancient Chinese texts, calligraphy, china-making, etc. that were fashionable in China. Around 5th century, Baekje, one of the three kingdoms that occupied the Korean Peninsula, played a large role in transmitting Chinese characters, pottery, Buddhism, and so on. (Baekje was eventually defeated by Shilla, another one of the three kingdoms, and some Korean scholars argue that the current Japanese monarchy is in fact the lineage of Baekje kings in exile.)

Even past the ancient time, Korea sent masters of those arts to Japan to teach the locals as late as until the 17th century. Lost in this discussion is that Japan was quietly becoming the leading economic power of East Asia, since Japan was more receptive toward accepting goods and ideas from Europe. In fact, the relation between Korea and Japan are similar to the relation between France and Britain as the Industrial Revolution was going on. Britain was certainly getting wealthier, but it still looked to France for haute couture.

As to “villianizing Japanese”, there is no better place to turn than the Japanese invasion of 1592, known in Korea as Im-jin Wae-ran (“The Japanese War in the year of Imjin”). Wikipedia has done an excellent job describing the war, so the Korean will leave the detailed account to them. Here, the Korean will only describe why this war, among many wars that Koreans suffered, particularly stays with Koreans.

First, the war was the most recent large-scale conflict, and in fact probably the largest-scale war that Korea has ever fought, until Korean War. Although Korea has been invaded many times over, the 1592 invasion was the most recent occasion on which Korea truly stood at the brink of a complete occupation by a foreign country. Second, it is particularly difficult to accept that it was Japan, to which Korea has been culturally superior for thousands of years, that almost overran the entire country. Japan in fact kidnapped many skilled Korean artisans, reflecting the fact that they were in fact culturally inferior.

Third, the Korean victory involved some incredible heroism; the most notable one is Admiral Yi Sunsin, who has never lost a naval battle, although on the land the Korean army was being

completely overrun. In his most famous battle at Myongryang Straits, he took on the Japanese fleet of 133 battleships with the last remaining 13 battleships of the Korean navy, only to emerge victorious by destroying 120 Japanese ships. Since Admiral Yi’s campaign was so incredible, his portrait is on Korean money (on 100 won coin), his statue stands in front of the largest road in Korea, and numerous novels, movies and TV series about him have been made. In this light, Koreans can never forget that Japan is the enemy. It’s just like Nazi Germany, actually – as long as 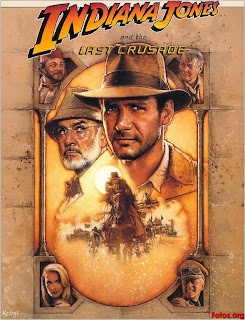 Schindler’s List and Indiana Jones are popular, it will never be forgotten that Germans were Nazis and bad guys.

Speaking of World War II (hey, look at that segway!), it must be noted that Koreans don’t normally hold a grudge for over 400 years. However, they can certainly hold a grudge for about 60 years, especially if the depravity of the acts that caused the grudge is simply beyond imagination. It is fair to say that all the ancient history discussed in this part would have been "ancient history" if the events in the early 20th century did not happen between Korea and Japan. But it is undeniable that Japan perpetrated some horrible acts to Koreans in the early 20th century, which makes Koreans continue to ruminate upon the war that happened 400 years ago.

p.s. Commenter Ginny got the right answer for the last part’s question. There has been a dispute over the name of the sea on the east of Korea and on the west of Japan; Koreans want the name “East Sea”, while Japanese want the name “Sea of Japan”. Read the Wikipedia article here.

Got a question or a comment for the Korean? Email away at askakorean@hotmail.com.
Posted by The Korean at 2:08 PM