The Korean, apparently, is big time nowadays -- he is receiving free new books from publishers in hopes of having them reviewed on the blog. Life as a Z-list celebrity is sweet. 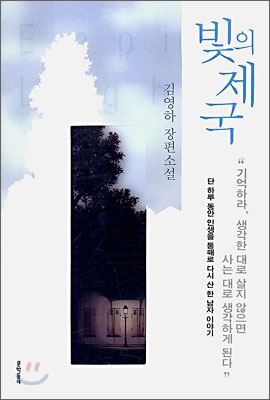 But first, a little bit about the novel itself. Kim Young-Ha is a promising young novelist in Korea, and this is his fourth novel. 빛의 제국 was originally published in 2006, and the English version was published in late 2010. The translator is Kim Chi-Young. 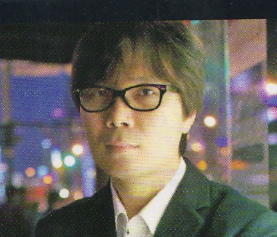 Kim Young-Ha
Your Republic begins with main character Kim Ki-Yong, a 42-year-old who runs a small movie import business in Seoul. He is married to his wife Ma-Ri who is a saleswoman at Volkswagen dealership. The couple has a daughter Hyon-Mi, a bright high school student with typical teenage angst. Ki-Yong leads a peaceful if lethargic life, until one morning, a mysterious email directs him to Order Number 4: “Liquidate everything and return immediately.” Now Ki-Yong, a North Korean spy who had been undercover for 21 years and received his last orders more than a decade ago, has one day to undo his life of two decades. On that same day, Ma-Ri and Hyon-Mi go through their own unusual, personal adventures.

“Kafkaesque” is the word that is often used to describe the tone of the novel. That description is fair, in a sense that Your Republic sterilely narrates events that appear to be manipulating individuals beyond their control. But with Kafka, it does not really matter where the story was set. The value of The Trial endures because the aspects of the modern legal system (or more generally, the modern state) identified in the novel resonates universally. In contrast, Your Republic is completely dependent upon the stage. Unlike the story of Josef K., Ki-Yong’s story can happen only in the context of the two Koreas.

Therein lies the translator’s challenge. The events and emotions attendant to that story may be very familiar to Koreans, but not necessarily so for non-Koreans. Like most translations are, it is not simply about conveying meaning -- it is also about conveying the emotions evoked by the meaning. So how did our translator do?

The Korean’s final grade on the translation would be B+. The translated version does a pretty good job conveying the detached overall tone of the original. The translation in the early chapters is particularly strong. Ki-Yong’s frenzied train of thought as he stands on the subway platform is very well done -- a superb example of not simply translating meanings, but emotions as well.

But the grade cannot go higher than B+, because there are a lot of small errors that affect the overall quality. To be sure, some of them might have been unavoidable. For example, one chapter begins with a reference to Fan Death to describe a particularly hot summer, and the English version wisely omitted the reference. Reference to Fan Death was not completely necessary to talk about how hot that summer was, and it would cause only confusion on the part of the reader.

But unfortunately, there are instances where the translator’s discretion is less defensible. The title of the first chapter is 말달리자 (“run the horse”,) which is a famous Korean rock song. This was translated as “Speak Up,” which itself may not be such a bad translation in a sense that it might convey the emotion better. But the first chapter describes a runaway horse as the song is playing on the radio. In that case, literal translation of the title would have been better. For another example, in an impassioned, climactic speech toward the end, Ma-Ri calls Ki-Yong a 파쇼 (“fascist”). In the English version, Ma-Ri calls Ki-Yong an “egotist.” “Egotist” might fit better in Ma-Ri’s speech where she is railing on Ki-Yong for only thinking about himself, but consider this -- for a communist like Ki-Yong, being called a fascist is the ultimate insult reserved for the South Korean government. Calling Ki-Yong an "egotist" does not have the same punch.

In other cases, the translator was not paying attention to literary devices. For example, here is a pair of corresponding sentences:

Under Chol-Su’s direction, the Passat gently hops the sidewalk, turns elegantly, and backs into the parking space in front of showroom.

Something significant went missing in translation here -- the word 궁둥이 (“ass” -- buttocks, not a donkey.) Koreans generally do not use that word to describe the rear of the car. In fact, it is a vulgar word that does not appear in a polite conversation. Also, the subject of the sentence in Korean is Chol-Su; the subject of the sentence in English is the Passat. The sentence in Korean is talking about Chol-Su’s sliding the car in, ass-first. This is a clear sexual innuendo -- the car is the woman and Chol-su is putting it on top (of the sidewalk,) turns it and sliding it in. The sentence in English loses all of this, not only because it missed out on a word but also because it emphasizes the Passat’s movement and not Chol-Su’s control of it. This kills the foreshadowing of an interesting story arc in the novel.

For another example, consider this translation:

If one took her background into consideration, it was an assignment that was almost shameful, but she went to work every day without revealing her true feelings.

The original sentence is condensed and near staccato. The translated sentence is unnecessarily elongated, and requires a long breath to read through. “Almost shameful” is not strong enough to fit the words “몰락에 가까운.” Translating “크게 내색하지 않고" to “without revealing her true feelings” evokes questions (“what WAS her true feelings?”) that the author did not intend to ask. (The Korean’s suggested translation: “The assignment was nearly a ruination considering her background, but she silently went to work without much expression.”)

And then there are cases of straight sloppiness. There are a number of sentences that are simply missing in the English version of Your Republic. For example, the anecdote presented toward the end of Chapter 4 is missing these two sentences: “그러므로 첩자에게 필요한 것은 변장술이나 잠입술이 아니라 섬세한 감수성이다. 저 흔하고 값싼 말들 중에서 과연 어떤 말이 비수인지 혹은 쓰레기인지를 감별하는 능력.” (“Therefore, what a spy needs is not the ability to disguise or infiltrate, but the sophisticated sensitivity. The ability to discern, among those common and cheap words, which words are daggers and which are garbage.”) Unlike the Fan Death example, there is no reason to take these sentences out.

Same with this paragraph:


In certain respects, they weren’t any different from the foreigners who moved to Tokyo or Seoul to teach English at private institutes, since it was their job to teach foreign languages to agents to be dispatched to the South. The only difference was that foreigners in North Korea could never leave.

Here is the corresponding Korean version:

The bolded part is the language missing in the English version. Here is the Korean’s suggested translation:


In some ways, they were not any different from foreigners who moved to Tokyo or Seoul to teach English. Their life was to teach a foreign language to the agents to be dispatched to the South, then go home in the evening to watch television with their wives. Problem is they cannot leave the country until they die, and the television only comes on for six hours a day.

(Parts missing in the book's translation in bold.) As you can see, the English version completely missed out the television discussion, which adds dark humor to the grim situation of the kidnapped language instructors of North Korea.

If you were interested in reading this book, please do not let this review stop you from reading the book. It is still a well-translated book, and it is worth reading. This review is not a disparagement, but rather an expression of disappointment. Kim Young-Ha may have written in Korean, but his style is very Western -- perhaps owing to the fact that he himself is a translator also, having translated The Great Gatsby into Korean. Translating, for example, Taebaek Mountains (태백산맥) replete with slangs, regional dialects and more traditionally Korean narrative structure would have been several magnitudes more difficult than translating Your Republic. The translator Kim Chi-Young also comes with high praise, "one of the few translators whose name alone, on a dustcover, would persuade me to purchase an unknown book."

An interesting story about the two Koreas (by which more people around the world are intrigued,) a Western narrative style and an ace translator -- all this should have led to A+ of a translated work. This could have been the perfect chance for Korean literature to begin making its mark on the world stage, but the perfection was not to be.

Got a question or a comment for the Korean? Email away at askakorean@gmail.com.
Posted by T.K. (Ask a Korean!) at 10:44 PM