Is Cilantro Kryptonite for Koreans?

Why do Korean people hate cilantro (aka coriander/chinese parsley)? In all of my experience, this is like the kryptonite of the Korean race. I live in China where there are tens of thousands of Koreans -- and lots of cilantro. If you ask a Korean what they hate most about China almost unanimously the answer is "cilantro" (followed soon after by "and everything else in China.")

Can you eat cilantro?

The Korean loves cilantro. Salsa, pho and bahn mi are not the same without it. 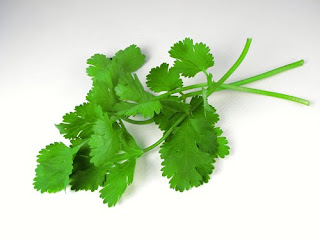 But you are absolutely correct that many Koreans hate cilantro.Why is that?

First of all, the cilantro-hate is not necessarily confined to Koreans. There apparently is an online community of cilantro haters with nearly 3,000 members from mostly United States and Canada. Particularly amusing is their haiku section, where you can find these gems:

A vagrant's armpit would be
More appetizing.

Cilantro wrecked my dinner
Thought it was parsley


So being a Korean cannot be the only reason that leads to many Koreans' cilantro-hate. The bottom-line reason why many Koreans hate cilantro is simple. Korea has never grown cilantro, and cilantro is not a part of Korean cuisine. Often, people hate food that they are not used to.

But Korean people's cilantro-hate is nonetheless interesting, because it is a nice reflection of Korea's insularity. Many who visit Korea are often surprised at the unexpected provinciality of Koreans, especially when it comes to food. For a huge city that aspires to be world class, Seoul has a deplorable lack of world cuisine. There is a myriad of different Korean food, but a place in Korea to get a good dry-aged steak is few and far between.

Even the Chinese and Japanese dishes -- food of the two closest countries to Korea -- are thoroughly bastardized. The most popular "Chinese" dish in Korea, jjajang-myeon, does not exist in China. (It is a bastardized form of dandan-mien, which has a fleetingly similar taste.) Sushi in Korea is invariably served -- horror or horrors! -- choguchujang, the sour version of Korean hot sauce that overwhelms the delicate flavor of raw fish fat melting on the tongue. 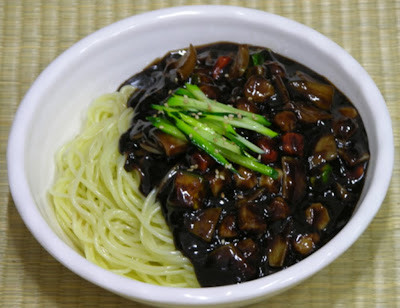 The food scene in Korea reflects the fact that Korea had been a really isolated country. Particularly since World War II, Korea was a virtual island, with the Armistice Line on the north serving as the fourth and more grassy shore. During the ensuing Cold War, Korea had practically no interaction with the communist China. Interaction with Japan has always been strained for obvious reasons, which further contributed to Korea's gastronomic isolation.

Particularly instructive is how pho (Vietnamese noodle soup) made inroads in Korea. Given Korea's relative geographic proximity to Vietnam (shorter flight than going from New York to Los Angeles) and Korean people's enthusiasm for hot broth, pho must have come to Korea from Vietnam, right? 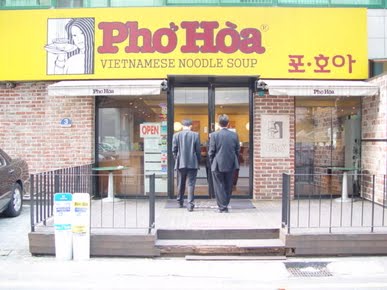 Actually, no. No Korean has even heard of what pho was until late 1990s. It was actually Korean Americans, who frequented Vietnamese restaurant in California, that introduced pho into Korea. The very first pho restaurant in Korea, Pho Hoa in Samseong-dong, Seoul, was not open until 1998. It was a part of a chain restaurant that started in San Jose, California, not anywhere in Vietnam.

Of course, as things always are in Korea, things are changing. As the country became richer, Koreans now have the time and money to care about what they eat, and they have experienced more world cuisine through increased travel. Although things may not be good, at least they are better than before. There are finally enough decent burger places in Seoul to have a top 10 ranking. Previously nonexistent cuisine like Indian and Thai are slowly making their ways into Korea. But gastronomically speaking, Seoul is not about to turn into New York any time soon.

(That last sentence should not be read as the Korean's endorsement of Korean food in New York. The Korean's massive hatred of New York "Korean" food is a post for another day.)

-EDIT 1/25/2010- Excellent article on the gastronomic state of Seoul. (In Korean. Seriously, if you care about Korea, just learn some Korean. Please. The Korean is tired of translating things.)