This is the first proper vacation that I have taken in more than a year. It is so nice to get away and not think about doing anything. In most cases, even during a vacation, one must spend the energy to plan things and go to places. Not me, and not this time. My plan was set before I left such that I hardly have to think. I feel completely relaxed.

It was nearly 3 a.m. when I returned from K-Pop Night Out showcase, which was 4 a.m. EDT. Needless to say, I woke up late. I decided that I must have a true Texas barbecue for lunch. Online reviews recommend John Mueller's barbecue, so I drive there. Unfortunately, they are closed Wednesday. So I headed to Franklin barbecue instead. 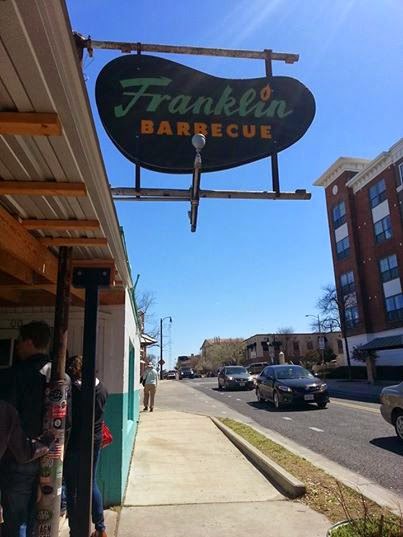 It was a little past noon when I got to Franklin barbecue. The line was long, but what did I care? I just had to make Jambinai's showcase at 3 p.m. After about 20 minutes of waiting, a waitress from Franklin came out to say that there was a very real chance that the food would run out by the time I ordered. Some people left, which made me decide that I should stay. For those who stuck around, the waitress handed out a small grilled sausage, which gave me just enough energy to stay standing.

An hour and a half later, I was inside the restaurant. Right behind me was the cut off; the waitress put up a "Sold Out" sign on the door as I was walking through it. It took another 45 minutes for me to move from the door to the counter to place the order. Looking back, the moment I got in through the door was the point of no return for me to make Jambinai's show. But I could not possibly leave--there were at least 20 people behind me who waited for two hours, only to turn back with empty stomachs!

I strike up a conversation with the man in front of me. He was an executive at a media company; he complained that he didn't have to wait this long for the Academy Awards. We decide to share the lunch, so that we can try out different cuts of meat. But our pact was useless. By the time we got to the counter, they only had briskets and sausages. Regardless, we sat together with the spoils. 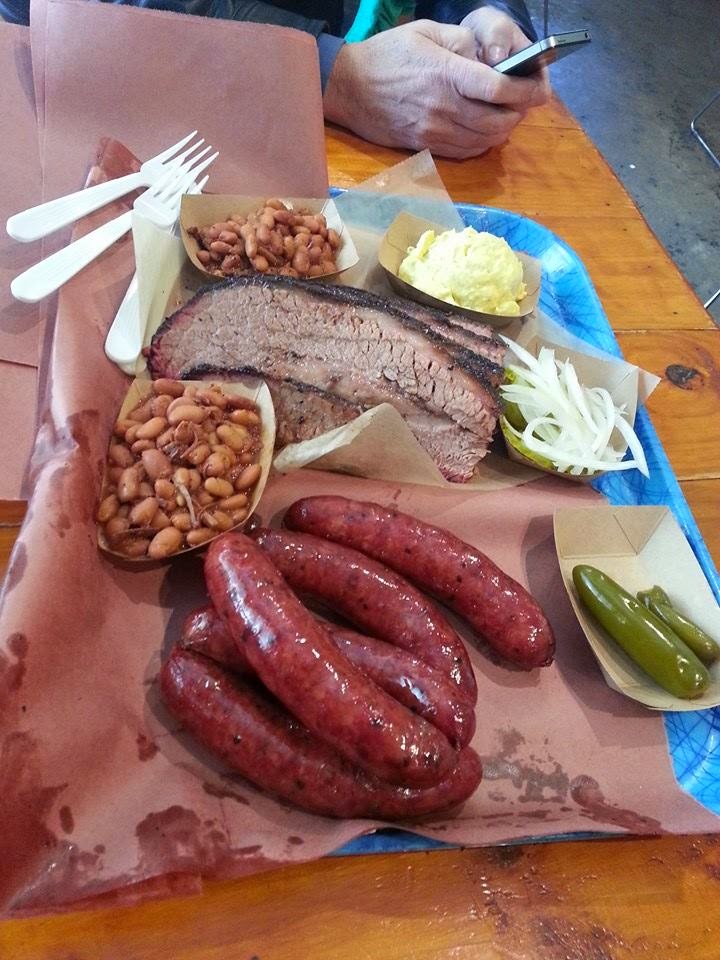 The barbecue is absolutely fantastic. The brisket turned into a buttery melt in the mouth. The sausages were just right amount of spicy and crunchy. I have had better side dishes elsewhere, but who cares.

By the time I got out, it was 2:50 p.m. I drive toward Austin Convention Center, in the futile hope that I might still make Jambinai's show at 3 p.m. I failed, of course--the traffic around the Convention Center has been murderous all day. After circling around to find parking, I give up at 3:15 p.m. and headed back to the hotel. Then I took the sweetest post-meal nap in months.

So if you're counting, the Korean (1) woke up late; (2) waited 2.5 hours for barbecue; (3) ate the said barbecue; (4) went into food coma until dinner time. In other words, an extremely productive day.

At night, I headed out for the concerts by Hollow Jan and YB. (There will be a separate post to discuss them.) Since I was only watching two shows, I decided to have more fun, which equals drinks. After two hours of screaming and jumping around, I headed back. Tomorrow is Seoulsonic; it was going to be a long day.

Turns out, I was lucky to have called the night early. Later that night, a drunk driver plowed through the crowd, killing two and seriously injuring more than 20 people. The incident happened right in front of Elysium, the venue for K-Pop Night Out the night before. Terrible, senseless stuff.

Got a question or a comment for the Korean? Email away at askakorean@gmail.com.
Posted by T.K. (Ask a Korean!) at 4:45 PM