How do You Climb "the Ladder"?

In both Korea and Japan, there is this ladder which is like a 'game' where it can help one randomly choose something as it goes up the ladder. What is this called and how does it work?

The game is called "Climbing the Ladder" [사다리 타기], and it is used exactly as you described -- to help random choice. This is how it works. Suppose you want to choose what to have for lunch -- sandwich, tacos, pizza or Korean BBQ. With four choices, you draw four vertical lines, like so: 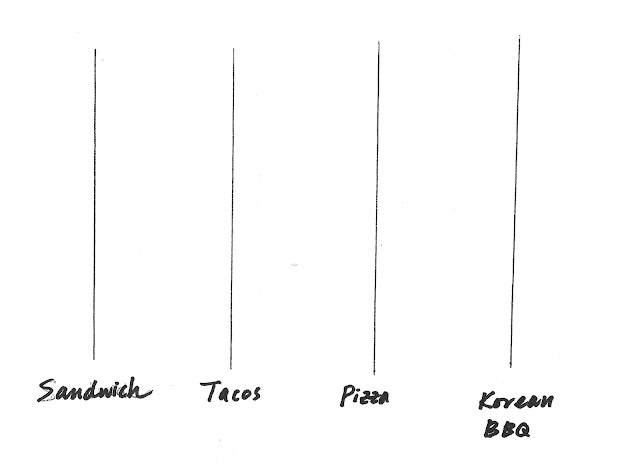 Now, randomly add the "rungs" to the ladders, like so: 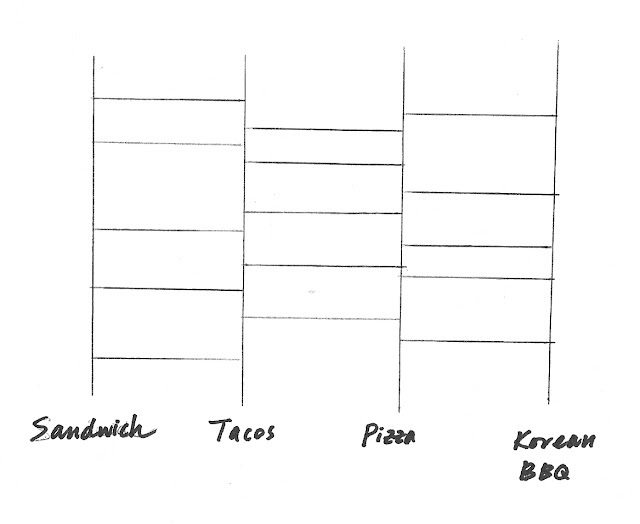 With the rungs, pick a ladder to climb. Climb down by making a turn at every rung -- like so: 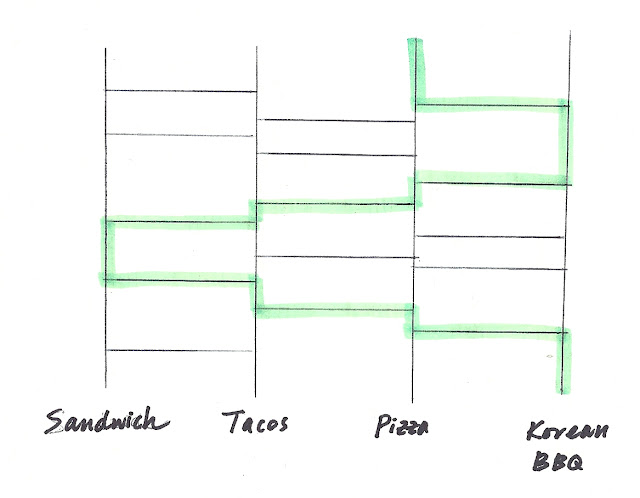 Looks like you are having Korean BBQ for lunch. Of course you are -- why else would you read this blog? :)

Got a question or comment for the Korean? Email away at askakorean@gmail.com.
Posted by T.K. (Ask a Korean!) at 9:31 PM