This question might sound weird or even offensive but trust me -- I am asking this because I just wanna know. No offense intended. Or maybe I'm the only one who doesn't know the answer to this question yet. Anyway, I'll get straight. Are Korean males circumcised? If yes, what's the percentage? 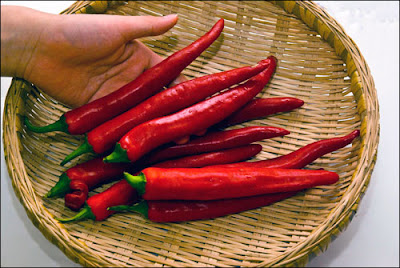 Spicy and delicious
(Source)
Korea is an anomaly in the world when it comes to circumcision. First, take a look at this map:

(Source)
Entire Asia is more or less grey, except for Korea (and the Philippines), which is darker. The World Health Organization estimates that 60 percent of all Korean males are circumcised -- the highest among non-Muslim and non-Jewish countries. This trend is directly contrary to Korea's Confucian's heritage, which teaches people to keep whole the body received from the parents. Why did this trend happen?

Here is an absolutely fascinating survey of circumcised men in Korea conducted in 2000. The most interesting part is this -- nearly no one born prior to 1945 was circumcised. Circumcision in Korea began in 1945, and the number rose dramatically through the 1960s. So here is a pop quiz:  what was the most influential force in Korea from 1945 through the 1960s?

Answer: the Yanks! As U.S. military occupied Korea after the end of World War II and through Korean War, it had an unofficial policy of circumcising its soldiers because it was believed to prevent venereal disease and generally improve hygiene. Especially during Korean War, Korean soldiers fought side-by-side with Americans. And whatever was considered good by Americans, Koreans enthusiastically followed. The circumcision fad died out in the U.S., but it lived on in Korea for the next two decades. As a result, the survey shows that nearly 90 percent of Korean men who were born in the 1980s are circumcised. In fact, circumcision nearly became a rite of passage for all men -- particularly so because nearly all Korean men must be drafted, which means they will be sharing showers with about dozen other men for more than two years.

However, as the medical benefits of circumcision is becoming increasingly dubious, more doctors in Korea are recommending that circumcision is not necessary in the last decade. But if you encounter a strapping eligible Korean man in his 20s-30s, it is highly likely that he is carrying a cut pepper. (shudder)

To conclude, here is a contest -- come up with the best "pepper" joke using the information from this post! The Korean dropped enough innuendos here to give fertile ground for an enormously entertaining load. (Hey, there was one just now.) Go nuts!

Got a question or a comment for the Korean? Email away at askakorean@gmail.com.
Posted by T.K. (Ask a Korean!) at 10:39 PM