10 Books that Influenced the Korean's View of the World

The Korean will give the podium to Mr. Ross Douthat, a columnist for the New York Times:


More than a week ago, Tyler Cowen kicked off an irresistible blogospheric listing exercise: In this case, the theme is “10 books which have influenced your view of the world.” You can find Matthew Yglesias’s list here, Will Wilkinson’s list here, Matt Continetti’s here, and many more at this link. ... Note that these are not my 10 favorite books, nor the 10 best books I’ve ever read, but the books that quickly came to mind — I was following Cowen’s “go with your gut” admonition — as having shaped my writing or pushed me in one intellectual direction or another over the years. As an experiment, I’ve also tried listing them in rough chronological order, starting with the books that influenced me as a child and working my way upward (or downward, perhaps) toward adulthood.

Because books are so personal to the Korean, he is now switching to first person. All ages are approximate.

Yes, I'm serious. Laugh all you want for being childish, but heck, I was a child. At around age 6 while living in Korea, I somehow came to have a spiffy catalog from America that listed all Fisher-Price toys that were available for mail-order. The catalog had all these incredible toys that neither I nor any of my friends have ever seen. I read that catalog so many times, imagining playing with those toys, until the catalog eventually disintegrated in my hands one day.

The catalog was the book that confirmed to me -- who was six, mind you -- that America must be the best and the greatest country in the world. Later when I came to America, my faith was validated. 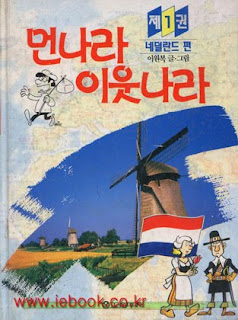 Far Countries, Near Countries is a comic book series that discusses the history and culture of a number of different European countries, such as the Netherlands, France, Germany, Great Britain, Italy, etc. (The series was later expanded to include Japan, United States, and Korea itself.) The series is still one of the best selling books in Korea to date.

This book (or books, really) was the first book that made me realize that the world is a lot bigger place than Korea, and there are people who are radically different from me -- different not just in language, but in manners of thought. I remember being particularly enamored by France and their radical (by Korean standards) individualism.

(Please, no snark about Rhie's trouble with AIPAC. That little episode does not even come close to diminishing the greatness of this series.)

Romance of Three Kingdoms is a historical novel written in 1522. Broadly speaking, the novel (set around 180~280 A.D.) describes the demise of Han Dynasty of China and the rise and fall of the three kingdoms that followed. It is heavy on the description of various heroic kings, lords and generals, and full of war, strategy, intrigue, loyalty and betrayal. The novel is a classic in China, Japan and Korea, and more or less a required reading for everyone.

This book gave me a sense of how to be a man -- how to be a good friend, fair leader and loyal subordinate. It was Confucianism, applied. 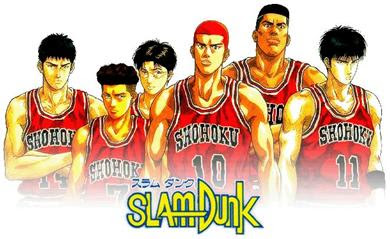 Slam Dunk is a comic book series that follows a season of Shohoku High School basketball team, which a troublemaker Sakuragi Hanamichi joins without any basketball skills just so he can impress a pretty girl (who also happened to be the sister of the team captain.) The series tracks the growth and development of each of the teammates of the Shohoku HS basketball team, each one with their own issues and problems.

I had loved sports previous to reading Slam Dunk, but this book took my love to another level. It single-handedly created a legion of basketball fans among Koreans of my age, as it masterfully depicted everything beautiful about basketball. Given how much of my life is dedicated to my love of sports, and how much of my worldview is influenced by the lens of sports, Slam Dunk certain deserves a spot in the books that influenced my intellectual development.

(So let's temporarily forget about the fact that this book is about Japanese high school basketball where the main character is a 6' 3" power forward and the tallest player in the entire series is 6' 11", but somehow everyone in the series can do a flying dunk. OK?)

Hurray to Barley Rice is a collection of essays by Prof. Cho Gyu-Ik, who happened to be my father's friend. This book is not well-known at all; in fact, I would be surprised if there are more than 50 people in the world who read this book. I only read it because it was given to me for free from Prof. Cho himself.

But I loved this book. The essays are honest and humorous illustrations of Prof. Cho's childhood and everyday life. Although my parents experienced dire poverty growing up as did every Korean in their generation, they hardly ever talked about their childhood and just how different Korea was back then. When I read the witty but poignant discussions of how young Prof. Cho would deal with hunger while waiting for the barley crop to grow and mature, I gained a new perspective on Korea, and on my parents.

Taebaek Mountains is a historical novel written in 1983 that describes a village divided by the Korean War. It mostly centers around two brothers -- the older one, an idealist, joins the communist North and later dies as a communist guerrilla. The younger one, a street-wise thug with little morality, ends up taking part in eradicating the guerrillas of which his brother was a part.

Taebaek Mountains was the book that confirmed my gnawing sense that my school and my country were lying to me. The communist North Koreans were humans with human motivations, not the child-killing demons with horns as I had learned in school. The people who held the power in South Korea had unclean hands. The history I had learned was false, embellished, airbrushed. It was a lot to take.

I read both books several times, both in Korean and in English as a part of my efforts to study English. At first I loved the story, then I began reflecting on the value of morality, and eventually, Christianity. I owe much of my sense of strong morality -- as opposed to the weak-kneed, relativist kind -- to Dostoevsky.

I recall reading somewhere that George Bernard Shaw said (I could be wrong, so don't quote me on this): "Even if all the Bibles in the world were to disappear tomorrow, we will still have Dostoevsky." I am a living proof of that quote (correct or not.) 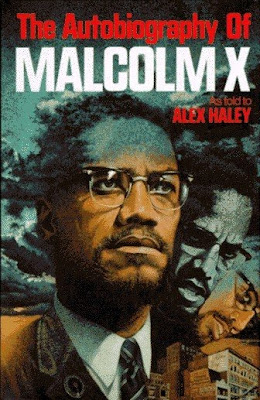 This book gave me the race-consciousness that frankly is absent from many Asian Americans. I found Malcolm X to be a more compelling figure than Martin Luther King Jr., whom I thought was too much of a saint and not a real man. (Obviously I was wrong, but I was young and stupid.) Malcolm X's exceeding amount of anger and hate in his youth made the enlightenment and efforts toward conciliation later in his life even more compelling and human. Through this book, I learned the debt that I, along with all racial minorities of America and the world, owe to the Civil Rights Movement.

Guns, Germs and Steel attempts to explain why Eurasian civilizations (including North Africa) have survived and conquered others, while attempting to refute the belief that Eurasian hegemony is due to any form of Eurasian intellectual, moral or inherent genetic superiority. Diamond argues that the gaps in power and technology between human societies originate in environmental differences, which are amplified by various positive feedback loops.

This book confirmed a strong conviction of mine, that history determines almost everything that happens today. History matters, and in ways that are almost imperceptible. (For example, Diamond explains that wild wheat took less time to evolve into a form that is cultivated today compared to wild corn -- which delayed the agricultural development of the Americas by a thousand years.) You ignore history at your own peril.

Wild Bill is a biography of Supreme Court Justice William O. Douglas, who was a colorful personality to say the least. While being a hugely influential and successful Supreme Court justice (he is a very important figure in First Amendment jurisprudence and the progenitor of the environmental law,) Douglas has always wanted to be the president and lived a frustrated life, as he came close but failed multiple times with his career in politics. He also married four times -- quaint now, but a near social suicide in the 1960s and 70s -- with each wife younger and blonder than the previous.

The contours of Justice Douglas' life provided the things that I must emulate and the things I must avoid in order to be -- or, in the process of becoming -- successful. The book review by Richard Posner (himself a Court of Appeals judge) put it perfectly: "With biography and reportage becoming ever more candid and penetrating, we now know that a high percentage of successful and creative people are psychologically warped and morally challenged."

[Note: This post was up two days ago, but had to disappear for a bit for the April Fool's Day gag to work.]
Got a question or a comment for the Korean? Email away at askakorean@gmail.com.