This is a question about something I've heard in various forms from a lot of non-Asian Americans. Simply put, people tend to say that "all Asians look alike." That's an obvious exaggeration, but I'm wondering whether you think East Asians really do look more alike than people of European descent. After all, most East Asians have dark eyes and dark hair of a similar texture, whereas Europeans have many different eye colors and hair colors/textures. (Of course, I'm not counting perms, dye, and contact lenses.) Asian body types also seem to be more uniform than European ones. Is it just American stupidity or do Asians really look more alike than other groups?

You do have a point: All East Asians have dark hair and dark eyes. But really, that's all. Outside of hair and eye color, there is a whole lot more variation in East Asians than you might think. The point is illustrated by Isabella Byrd Bishop, a British woman who traveled Korea in 19th century. She visited a Buddhist temple in Korea whose claim to fame was its statuettes of 500 disciples of Buddha, and this was her impression: "Among the infinite variety, one figure has deeply set eyes, an aquiline nose, and thin lips; another a pug nose, squinting eyes, and a broad grinning mouth; one is Mongolian, another Caucasian, and another approximates to the Negro type. Here is a stout, jolly fellow, with a leer and a broad grin suggestive of casks of porter and the archaic London drayman..."

In other words, all other bodily features of East Asians could be radically different. The skin complexion can go anywhere from very dark to very light, roughly going from a slightly light-skinned black person's complexion to completely pasty. The hair curls and texture range from very straight and fine to very curly and coarse, almost to the level of jewfro. Eye size, nose size, lip size, height, build, you name it; East Asians are hardly uniform. If you think all Asians are short and have slight build, the Korean has 25 sumo wrestlers who would prove otherwise by sitting on you.

This then begs the question: Why do people think all Asians look alike? "Because people are stupid" is never a good answer. The answer has to do with heuristics. (The Korean covered it once here. Read it if you'd like a more detailed explanation.) To recap quickly: heuristics is a mental shortcut. People engage in heuristics by extracting the most prominent information out of a certain situation; if people encounter a new situation that shares the same prominent information, they conclude that the new situation is the same as the previous situation. Heuristics is useful because it enables quick decision-making with little information.

So suppose you are a person who has never seen an Asian person. You meet your first Asian man in your life; not very well met, just a random encounter at a party or something. What would you remember about his looks? Unless he has stunningly good looks, the only prominent thing you would remember about his appearnce a few days later would be his dark hair and his general Asian-ish looks. Then you meet your second Asian guy -- and bingo, the second Asian guy has dark hair and general Asian-ish looks. They both look the same!

(This is, in fact, one of the mechanisms through which deja vu can happen. 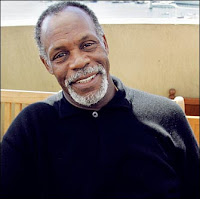 Even though you are in a new place, for example, it feels like you have been there before. It's because some time in the past, you only remembered certain features of a place, and this new place shares the same features.)

This process happens to any race of people who are considered "exotic". A lot of white people thought black people looked all the same, until discussing race became the powder keg that it is right now. Here's a confession: the Korean himself, for some years after he moved to the U.S., had the hardest time distinguishing Danny Glover and Morgan Freeman. They are both slim, distinguished-looking black men who have some gray hair -- at least, those were the only things that stuck in the Korean's head whenever he saw Mr. Glover or Mr. Freeman. So even though they look nothing like each other, the Korean's mind just jumped the gun, until he consciously tried to remember every single facial feature of the two men.

As you might have noticed, this process definitely works the other way around as well. Europeans are more of a mix, but they can be broadly divided into light-haired, fair-skinned types and dark-haired, swarthy types. So if you are a white person traveling in Asia, you will definitely hear comments like "You look just like [insert the representative movie star here.]" It's pretty flattering to hear, but just remember that such a statement is the same ilk as "All Asians look alike."

In that case, how can one distinguish different Asians by looks? (i.e. Korean, Japanese, Chinese, etc.?) Well, that's for another, highly interesting post.

Got a question or comment for the Korean? Email away at askakorean@hotmail.com.
Posted by The Korean at 10:42 AM