At other times, I roamed the streets of Austin for something interesting. There was a large compound in which a number of food trucks gathered. There, I spot this abomination. 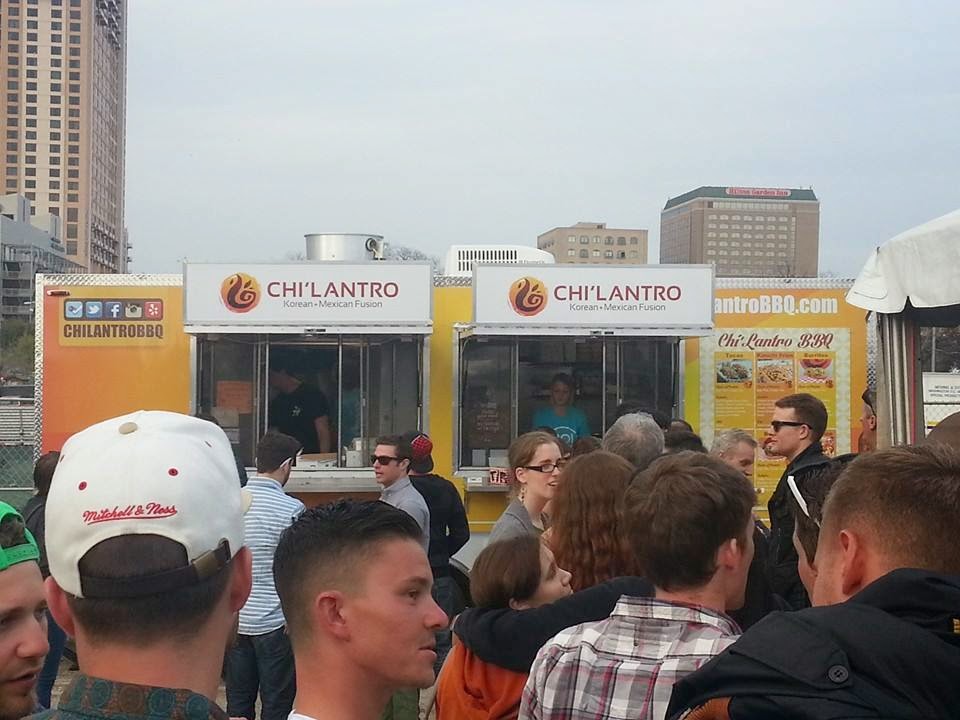 I am an irrational Korean food purist. To me, most Korean food in Seoul is not authentic enough. Regardless of my preferences, this Korean-Mexican fusion truck is popular in Austin, as is the case with most cities in which Korean-Mexican fusion appeared. This truck sold "Korean tacos," "kimchi fries" and the like. I hate-stand in the line, hate-order a rice bowl and hate-eat the fucked up glop of long grain rice, cilantro, some cabbage that pretended to be kimchi and grated cheese. Then I hated myself for a while.

Walking around the famed Sixth Street in Austin, I spy a familiar name: "Seoul." Turns out, Seoul was a name of a band from Montreal. How could a Korean not step inside to see what that was about? Inside, the band called Seoul was playing a soft, dream-like ballad on the stage. (As to the linked music video: I don't why a band called "Seoul" would film its music video in Tokyo, but whatever suits them, I suppose.) The music was not half bad. I tried to find someone who was with the band to get an explanation for the name, but no luck. I briefly thought about buying the band's shirt for the irony value, but I could not even find anyone to give my money in exchange for the merchandise. I leave the venue with unresolved intrigue.

Earlier that day, I heard there was a Japan Nite showcase. Since I had enough time to catch one set before I had to head over to Big Phony's evening show, I stop by. There, I see this: 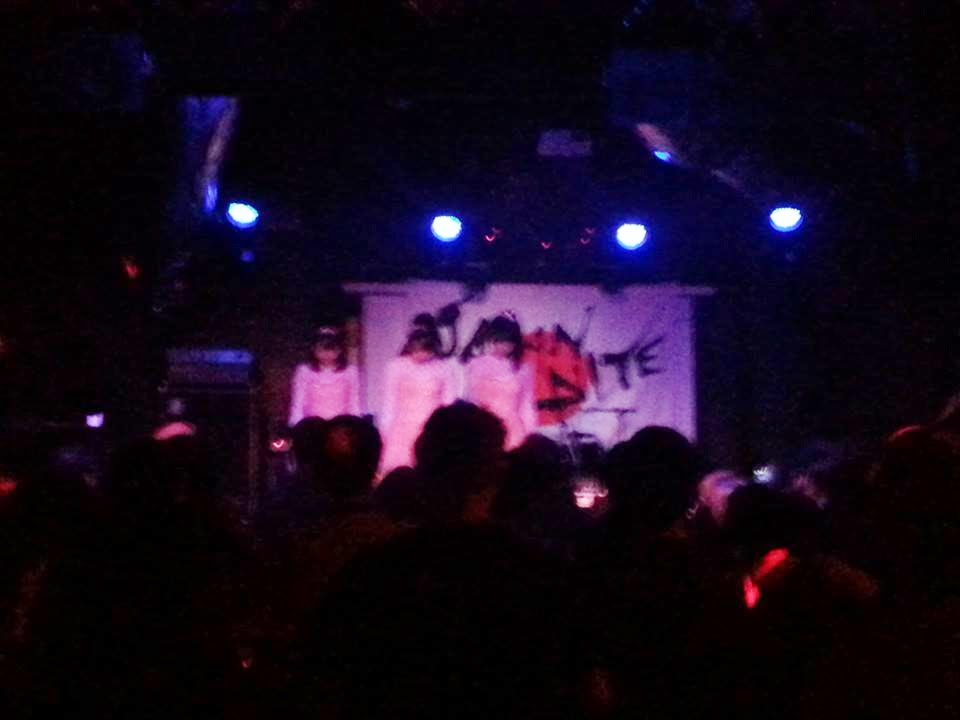 This is a Japanese idol group called Starmarie. As you can see, there are dressed like 12 year old children. They are billed as "space idols." I wish I had enough words to describe the full horror that I saw.

To be sure, I have read enough Japan's idol market and its pedophilic aesthetics, but seeing that aesthetics in person was another matter. It is common for the idol girl groups in Japan to debut around age 13, and peak around 17~19. But the physical age matters less than the images that the Japanese groups projects. After all, it is hardly unheard of in K-pop to have idol girl group with the membership in early teens. GP Basic, for example, had the average age of around 13 when the group began in 2010. But in the K-pop idol market, young girls act like fully grown women. It is still problematic that young girls are projecting a sexual image, but at least the object of desire is a grown woman.

In contrast, in their garb, speech and demeanor, Starmarie was a team of fully grown women acting like young girls. Here, the object of desire is a child, which is far more unnerving. They are wearing a pink dress and a tiara; their voice are deliberately high-pitched and "cutesy"; their choreography, while performed well, more properly belongs to pre-teens at a talent show. The fact that I actually liked their music was even more disorienting. If one looked away, one would hear speedy rock music with high-energy guitar riffs, which is typical of the Japanese rock of the 1990s. I loved listening to Japanese rock music in the mid-1990s; I would have loved to Starmarie's music sung by a rocking front woman. It was as if I was recognizing an unexpectedly beautiful, abstract pattern from a horrifying train wreck.

I furiously text all of my acquaintances who knew a thing or two about the Japanese pop scene to get more information about Starmarie. Apparently, it is a mid-major group who are considered a bit old as they are in their early 20s. The group's target audience was japanophiles outside of the country. That made sense, as the orientalism was on full display. Switching to Japanese language at the right moments, Starmarie definitely looked and acted like the imaginary Japanese women that dirty old men would dream up.

Speaking of dirty old men, the venue was full of them. The venue was actually the same one as K-Pop Night Out, but the difference in audience could not have been more striking. The size of the crowd for K-Pop Night Out was at least double. KPNO's crowd leaned toward young, energetic girls who were ready to charge the stage, screaming their lungs out for Jay Park. Japan Nite's crowd leaned toward older, quiet men with gleaming eyes as they kept their distance from the stage.

As someone whose pop music staple growing up included a healthy dose of Japanese music, I knew that Japan has better music to offer. I left the venue, hoping that the scene would improve over time. It did not, according to a person who worked the venue that night. The high point of Japan Nite was Starmarie, and the audience count went even further down thereafter. Pity; Japanese pop deserved better at SXSW.

Got a question or a comment for the Korean? Email away at askakorean@gmail.com.
Posted by T.K. (Ask a Korean!) at 10:16 PM