What's Up, My Oriental?

I cringe with embarrassment when I hear my mother or a friend refer to an Asian person as “oriental”. I realize that the term "oriental" is considered derogatory, but I'm unable to give an informed reason why to offending parties. From my understanding, rugs can be considered "oriental" but not people. However, in my local grocery store an isle is dubbed the "Oriental Foods" aisle. Is this acceptable, or should it be the "Asian Food" isle? And if so, why, exactly?

Your question touches upon a very interesting point in Asian American lives, namely the nature of racism against Asian Americans. Unfortunately, the Korean cannot give a good answer to your question, because he is not sure about your question either. So instead of giving an answer, the Korean will describe the situation and throw out some things to think about.

Why is the term “oriental” considered derogatory? Here is one way of answering that question – “o-word” is derogatory because “n-word” derogatory. At some point in American social discourse, people decided that because n-word is derogatory, certain other words denoting other racial groups must be derogatory as well.

So let’s explore this question first – why is n-word considered derogatory? Fortunately, someone far smarter than the Korean already looked at this issue. Harvard Law School professor Randall Kennedy explores the history and the roots of the offensive force of the n-word in his excellent book Nigger: The Strange Career of a Troublesome Word.

[Note: The Korean severely dislikes writing out the n-word. But he thought respecting the word 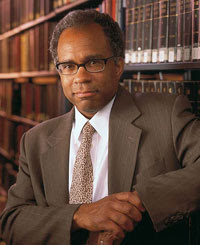 choices of Professor Kennedy, himself a black man who is well-studied in race relations, was the right thing to do. The Korean will simply write “n-word” when he is not quoting Prof. Kennedy. Please don’t get upset.]

Kennedy writes: “No one knows precisely when or how niger turned derisively into nigger and attained a pejorative meaning. We do know, however, that by the end of the first third of the nineteenth century, nigger had already become a familiar and influential insult.” For the next 170 pages of his book, Kennedy describes the long history of n-word. For example, Kennedy cites Hosea Easton, who wrote a book on race relations in 1837: “Easton averred that often the earliest instruction white adults gave to white children prominently featured the word nigger. Adults reprimanded them for being ‘worse than niggers,’ for being ‘ignorant as niggers,’ for having ‘no more credit than niggers”; they disciplined them by telling them that unless they behaved they would be carried off by ‘the old nigger’ or made to sit with ‘niggers’ or consigned to the ‘nigger seat,’ which was, of course, a place of shame.”

Reading that long history of n-word, the reason why n-word is offensive becomes clear: the offence comes not from the word itself, but all the baggage imbued in the word. N-word is offensive because it brings back all the bad memories of racism suffered by African Americans since the beginning of America all the way to the present.

Having answered that, the next question is: how well does this reason apply to the “o-word”?

To a degree, the term “oriental” is capable of invoking bad memories. In the bad old days, Asian Americans did suffer through severe discrimination, such as Chinese Exclusion Act, the Japanese Internment during World War II, or Vincent Chin.

Second problem is – what bad memories? African Americans, by and large, have been a group whose membership has been static for the last 200 years or so in American history. On the other hand, Asian Americans have been a dynamic membership group, with more immigrants arriving at America each day. Of course, every Asian American must learn those incidents because they may happen to them again, should the world history turn to an unfortunate direction. (For example, conservative blogger Michelle Malkin advocated internment of Arab Americans based on the “lessons” from the Japanese Internment. Perhaps illustrating the point of this post, Malkin is Filipina.) But try as one might, it is difficult for a many Asian Americans, particularly recent immigrants, to work up an anger and be offended when those memories are invoked because it is difficult for them to identify those memories as theirs.

To summarize, the Korean is conflicted. On one hand, being afraid of the o-word feels silly because such fear is derivative of the fear of the n-word’s offensive force. The Korean is not opposed to watching your selection of words. Certain words definitely offend and injure. But the Korean is just not sure if “oriental” is one of them, because the word does not necessarily offend many Asian Americans with the same strength and consistency.

On the other hand, avoiding the use of the word “oriental” can be admirable, in the following sense. It is undeniable that “oriental” is an old term that was used in the bad old days, when racism was clearly rampant. While it is true that recent Asian immigrants may not identify strongly with the travails of Asian Americans of an earlier era, they certainly do not wish to experience such travails themselves either. Stopping the use of the word “oriental” puts people on notice – that we made a clean break with that past, and that we are in a new era in which we must be aware of the sensibility of minorities. This may be enough of a good thing to not care whether or not the old term actually offends.

So at the end of the day, the Korean cannot decide. Comments are welcome.

Got a question or a comment for the Korean? Email away at askakorean@hotmail.com.
Posted by The Korean at 11:38 PM