You are a strapping North Korean child. Your parents are middling officers of the Central Party, so you have escaped the dire starvation that afflicts the peasants. Heck, you might even have some coins to spend. It's been a long day of saluting, marching, shooting, and singing the glory of the Great Leader and the Dear Leader. Now you are bored. What do you do?

Go to the arcade, of course. 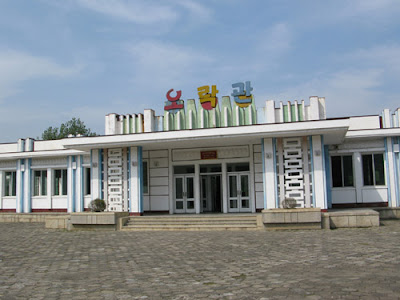 March to the nearest "Hall of Entertainment", which is frankly fancier than any "Entertainment Room" (direct translation of 오락실, South Korean term for arcade) that the Korean has ever visited. Most of the arcades in South Korea are in a cramped, sunless basement. North Korean arcade seems to be large, well-ventilated, and sunny. All thanks to the Dear Leader. 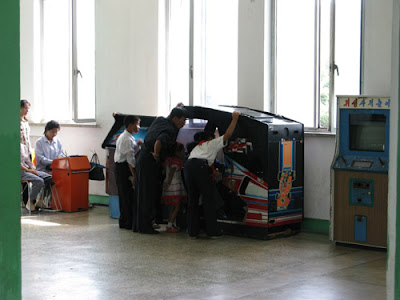 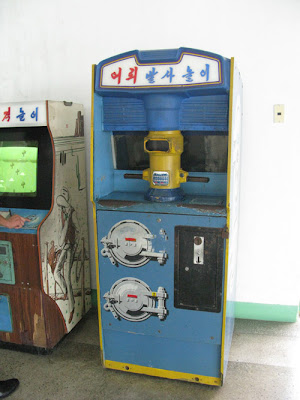 Who needs car racing when you can play the most AWESOME torpedo firing game???? 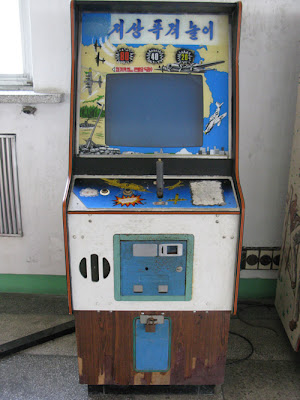 The submarine got captured by the South Joseon Puppets (남조선 괴뢰)? That's ok, you can bomb the imperialists from the air instead. 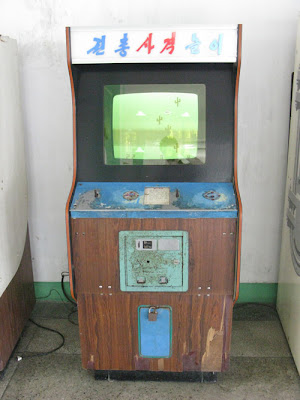 Once their buildings are bombed, shoot them with your handgun. 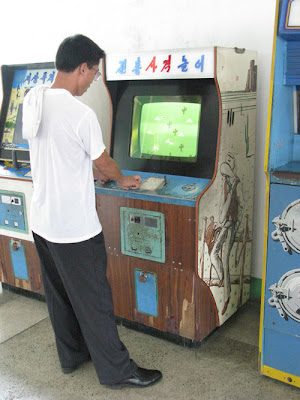 Even grown-ups are getting ready for the day of reckoning. 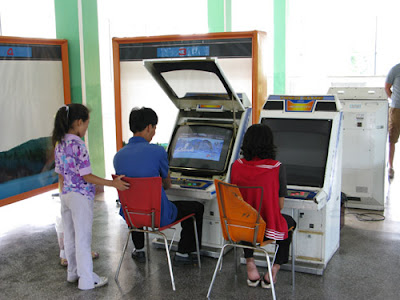 When it gets real sunny, some machines need ventilation as well.


In all seriousness, the Korean does not know what to think about these pictures. They are mind-blowing. On one hand, the crappiness of the games are pretty incredible. They all look like some old machines at a motel in a town called Bumfuck in a Big Square State, where Ryu and Ken fight in crazy technicolor caused by the deteriorating monitor. And why can't North Koreans come up with a more attractive Korean font than the ones that look like it was written with a calligraphy brush?

On the other hand, it is still interesting that at least some North Korean children (and adults, apparently) get to play video games. The Korean feels that in many ways, the 2-bit arcade games of the 1980s were superior to all the fancy stuff that the kids play now. And North Koreans get to enjoy it, for whatever that's worth.

Incredible pictures (and the most apt headline) from Gizmodo, via UK: Resistance. Many thanks to the Korean Brother for sending the link.

Got a question or a comment for the Korean? Email away at askakorean@hotmail.com.
Posted by The Korean at 11:25 AM