Ever since I got familiar with the Korean entertainment industry I’ve wondered why fans over there are so aggressive. They attack verbally and/or physically celebrities they hate, other fans, or anybody with negative or even different opinion about their favorite star. The first time I read about “antifans” was when I read news about Korean celebrities. It seems to me that in Korea being an antifan of one celebrity is just as popular trend as being a devoted fan of another. Why?

Excellent question. The intensity of the so-called "anti-fans" in Korea is exactly as you describe, and this phenomenon dates back to the beginning of the corporate-produced boy/girl bands in the late 1990s. Perhaps the most infamous case of anti-fans involves Gan Mi-Yeon, a member of a bygone girl group called Baby VOX. She was targeted with extra intensity because she was rumored to be dating a rather popular member of a boy band. In a recent interview, Gan said throughout 1999 she received scores of "fan mails" filled with razors, apparently so that she would hurt her hand as she opened them, along with pictures of her with her eyes taken out or letters written in blood.

Physical attacks against celebrities by anti-fans are relatively rare, but they do happen -- and this should be distinguished from a more common form of violence against celebrities, such as stalking or kidnapping for money. In 2000, Yoon Gye-Sang, a member of a boy band called G.O.D. (not kidding about the name of the band) received a soda injected with bleach. Yoon's mother drank it instead and had to be hospitalized. Similarly in 2006, U-know of Dongbangshinki received a soda injected with industrial glue and was hospitalized also. 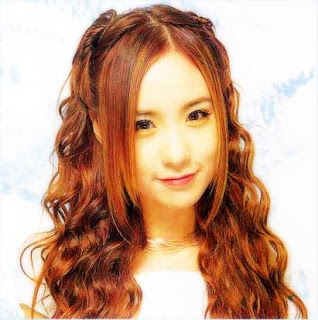 Gan Mi-Yeon during her years at Baby VOX
(Source)
And then of course, there are the good ol' fashioned slams on the Internet. It seems like compared to the foregoing, bad things said on the Internet might feel like no more than a breeze. But they nonetheless cause real psychological damage. Recently a thesis written by actress Park Jin-Hee for her master's degree in social welfare caused a stir. In a survey of 240 actors, nearly 40 percent replied that they suffer from some level of depression, and have considered suicide. 20 percent took specific steps toward committing suicide, such as purchasing drugs. Park pointed to negative comments received through the Internet as one of the causes of stress suffered by those actors, along with more regular worries like career stability.

When the anti-fans are not attacking the celebrities they hate, they attack the fans of the celebrities they hate. The most infamous case would be the massive hair-pulling street fight between the fan club of H.O.T. and that of Sechs Kies, rival boy bands of late 1990s. Such actual conflicts have subsided since, but low-intensity versions of such conflicts happen to this day. For example, at a joint concert in 2008 featuring multiple boy/girl bands, the fan clubs of Super Junior and SS501 went quiet on purpose when Girls' Generation appeared on the stage. The concert organizers also paused the concert 20 minutes into the show because of potential clash between fan clubs.

How do anti-fans come to hate certain celebrities? As seen from above, it is often about rivalry and jealousy. But a worrisome number of anti-fans seem to hate celebrities "just because." When one reads the posts on the anti-fan sites (the Korean won't link them; he knows better,) the amount of blind hatred in the form of doctored pictures, baseless rumors and vile death wishes is simply stunning. There are some who attempt to give a somewhat rational reason (for example, one commenter at a Girls' Generation anti-fan site apparently hated the group because they were untalented,) but those people are few and far between, and the stated reasons are wildly disproportionate to the intensity of hate expressed on those sites.

To be sure, celebrities everywhere attract their fair share of hateration. As of this moment, 41,562 people "like" the "I HATE LADY GAGA" Facebook page. But the intensity of Korea's anti-fans and their willingness to do much more than quickly clicking the "like" button on a Facebook page are quite something else. What is it about Korea that contributes to this?

First off, there is general level of intensity in Korea. It is not as if the Korean had a chance to carefully observe this across many different societies of the world, so the following statement is only anecdotal. But the Korean thinks it is probably fair to say that Korea is, overall, a more intense society than average. Korean people are passionate. Their emotions ride very high and very low, and their speeches and actions tend to be more unrestrained.

This is both good and bad. The high points of collective emotion is really an unparalleled high. To give a comparison point, in America, this type of high usually comes through sports -- probably the last arena in American life in which people are encouraged to drop most social niceties and go nuts together. This happens more frequently in Korea, and in more areas of life. And it feels really nice to be passionately exhilarated, not simply pleased, when good things happen. But oh, the bad side. The intensity running the other way can get scary, and the result is as described above.

(An aside: As bad as it is, the phenomenon does have a bottom. There has never been Korea's equivalent of John Lennon, i.e. a deliberate murder of a celebrity. One could argue, however, that Internet slams led to a number of celebrity suicides in Korea.)

But that alone is not sufficiently unique to Korea. Sure, Korea might be more intense in general and on average, but intense people are everywhere in the world. But the next factor is truly unique to Korea: it is a very, very interconnected country in every sense of the word.

All of those conditions are reversed in Korea. First, Korea is physically interconnected. It is a 50 million people country in which nearly 20 million people live in Seoul metro area. Everything important -- be it political, cultural, financial, anything -- is located in Seoul, which means every important person is in Seoul as well. Public transportation is very well developed such that even a 14-year-old with no car can travel every corner of the city on his own.

Korea is also relationally interconnected. In Korea, if you belong to a group, you are expected to be friends with everyone in the group. This does not mean it happens all the time, but it definitely happens frequently. For every school you attended (and sometimes for every grade level,) reunions are frequent. For every job you have, there are frequent departmental dinners (nominally voluntary, but not really in practice,) aimed toward building more personal bonds. In practicality, this means that without even trying very hard, Koreans get to know a lot more people personally.

Finally, Korea is virtually interconnected. Korea is one of the earliest adopters of high-speed Internet -- every interesting interaction between the Internet and the society in America happened at least 5 years ago in Korea. (e.g. social networking, political movements based on Internet, privacy issues, etc.) The Internet works in astounding speed. Smartphones are widespread. And nearly everyone is savvy about how to use and abuse the Internet. Anti-fans can organize over the Internet, further escalate their hate through dialog and even schedule flash mob meetings at the current location of a celebrity instantly.

These three factors combine to create a huge synergy effect in which no one is truly beyond the reach of the public. Supposed there is a celebrity X, a handsome gentleman in his late 20s. Anti-fan Y hates X, for whatever reason. If X and Y are in the U.S., there is very little Y can actually do to X. X is probably located in either Los Angeles or New York. There is very little about X's personal life that Y can know.

But in Korea, things are completely different. Y can join an anti-fan site with like-minded people, and keep her hatred burning for X by speaking with other people who also hate X. More people know X personally as he was growing up, and the stories involving the tiniest personal detail tell spread much faster over the Internet. Y can pick up those stories and tweak them into falsehoods that are much more personally damaging to X -- which again spreads over the Internet. Y can coordinate the release of those falsehoods with other members of her anti-fan site, and the volume of falsehood alone can make the story seem more credible.

If Y's motives are more insidious, Y can easily find out the whereabouts of X right at that moment, because the anti-fan sites could organize to spot X wherever he is. Both X and Y are probably within 30 mile radius, as they are likely to be both in Seoul -- which means Y can easily get to any place where X is using nothing about public transit and less than two dollars. From there, it is but a small step for Y to offer X a poisoned can of soda.

To an extent, the exact same thing happens elsewhere in the world. Recently Wall Street Journal carried an article about how fans of Liverpool F.C. protested against the hated owners of the team. Fans of Liverpool are much more well-organized compared to any anti-fan groups in Korea, and their reach is well beyond the U.K. And their tactics are exactly the same -- the articles speak of spotting the target of hate on the street, posting it up on the Internet, and the more reckless haters physically appear around the area to act out their hate. But in Korea, the physical barrier of doing something like that is rather low.