Are Koreans Prone to Conspiracy Theories?

It is true that conspiracy theories are rife in Korea, and they play a major role in Korean public life. One needs to look no farther than the Mad Cow scare that gripped the country two years ago. While there were legitimate kernels of truth about America's lax regulation against Mad Cow Disease (for example, not accounting for cross-infection until April of 2009,) those kernels were popcorned into utterly crazy ideas that the U.S. is out to kill Koreans with infected meat in the name of profit. More recently, certain South Korean political groups claimed that the South Korean government was falsely accusing North Korea for the attack by manufacturing the critical piece of evidence (which is Korean lettering discovered on a piece of the exploded torpedo shell) in order to gain advantage in the upcoming regional elections. In fact, the political groups that made those wild charges ended up gaining in the regional elections.

Why is this happening? First, try answering the following question:

Q. Which one of the below events did not happen in Korea in the last 50 years?

a. President ordered a prominent opposing politician to be kidnapped while the politician was traveling in Japan, to be dropped into the sea between Korea and Japan from a boat with a dead weight tied to his ankles. The politician barely survives because the Japanese coast guard gave the boat a chase.
b. The United States CIA bugged and eavesdropped on Blue House, the presidential residence of Korea.
c. Paratroopers attacked peacefully marching citizens of a certain city, eventually killing more than 600 people in the process. No one outside of the city heard of the massacre for days, because the dictatorship cut off the phone lines of the city and embargoed every television, radio and newspaper in Korea.
d. A prominent politician who fought against dictatorship all his life agrees to merge his party with two other parties that were heirs to the dictatorship, with a secret written promise to amend the constitution so that would change Korea's political system into English-style proportionally representative parliament. 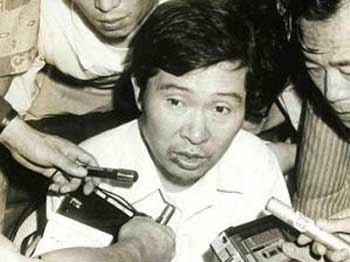 And again, the key thing to remember about Korea is that it escaped being a developing country in no less than 20 years, possibly less. Heck, the Korean is only 29, but he remembers when Korea was a developing country. It is Korean people's towering achievement that Korea moved from a war-torn hellhole into a gleaming postmodern country in just 60 years or so. But it is too much to expect that Korea shed every aspect of a developing country in that process. This is particularly true in politics, where the lowest common elements of the society often reveal themselves.

Got a question or a comment for the Korean? Email away at askakorean@gmail.com.
Posted by T.K. (Ask a Korean!) at 10:19 PM