I've been dating a sexy 22 year old Korean for a little while now. Do young Korean men expect their wives to be virgins?


Well Melanie, if you have to ask, that ship must have sailed already right? ;) 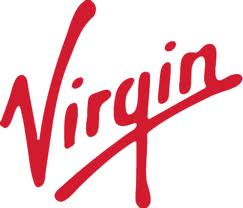 Do young Korean men expect their wife to be a virgin? It obviously depends on the person, but the best possible answer is: probably not.

Sexual revolution is a present tense in Korea. Although Korea has been traditionally very conservative, its attitude toward sex between unmarried young couples is changing very, very fast. But that does not mean that the change is happening uniformly, at the same pace, for everyone.

Relevant survey bears out the point about the transitional nature of the sexual revolution. In a 2010 survey that asked about how people felt about a potential spouse's sexual history, the plurality (37.5%) said: "I don't care, but it does not feel good." "I don't care at all" was next at 20.8%, then "I would hate it if my spouse had sex with someone else before me" at 15.4%. Interestingly, "I don't want to know" made a strong showing at 10.1%.

The Korean could write more, but there is nothing more that he could write that is not already covered by the excellent series at The Grand Narrative, Sex and the University. If you are still curious, go take a look.


Thanks very much for that shout-out TK. Probably a much better post for this specific question though, would be this one (especially the comments).