Ask a Korean! Wiki: What is the Best City for Asian Americans?

Now that I have some financial freedom to move relatively wherever I want, where is the best place for Asian Americans to live? New York City has been my home for 30 years and I have never liked the attitude towards Asians here.

Very interesting question. The Korean's personal pick would be a tie between San Francisco and Los Angeles. Both cities are heavily Asian, which means no more dumb statements like "Your English is so good!" or "No, where are you really from?" It also means that Asian Americans run major businesses, which means less potential discrimination (intentional or otherwise) in the course of your job. Both cities have very good and real Asian food, although San Francisco leans more Chinese and Los Angeles more Korean/Vietnamese. But they do have slight differences, which ends up being a matter of preference. (It should be obvious that this is all generalization and individual experience may differ.) 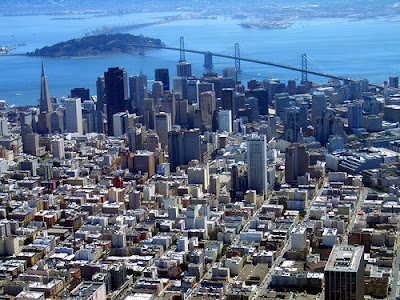 San Francisco is where Asian Americans can go in America to feel "normal". The Asian American population there is so old that it is essentially mainstream. Even 80-year-old Asian American grandmothers speak perfect English. Even the white people in San Francisco have gotten so used to Asians that it does not even really register that Asians are supposed to be different somehow. No one has to apologize for the fact that the lunch that he packed for the office smells like Asian food, for example. In San Francisco, an Asian American can live while being oblivious to the fact that she is a minority. Los Angeles is where Asian Americans can go in America to feel "special". Angelenos want to be hip, and being Asian in 2010 is hip. It is sometimes annoying that people constantly remind your Asian-ness, but that attention is generally positive -- it feels nice that people are curious about your culture and want to learn about it. Asians in Los Angeles tend to be more recent immigrants, which means you tend to be closer to the goings-on of your country of origin (e.g. the latest K-pop), if you care about that type of thing. But that can also mean that Asians in Los Angeles are farther removed from the mainstream.

Since this is a Wiki, let's hear from everyone. Asian American readers, where do you like? If you like your city, make a case for it even if it might not be exactly the "best". For example, the Korean has been curious for some time about what it's like to live in Montgomery, Alabama, where Hyundai is a major employer. Would the locals lovingly embrace Asian Americans who brought them jobs, or secretly resent their presence? Don't limit yourself to American cities either -- let's hear them all.

Got a question or a comment for the Korean? Email away at askakorean@gmail.com.
Posted by T.K. (Ask a Korean!) at 10:04 PM